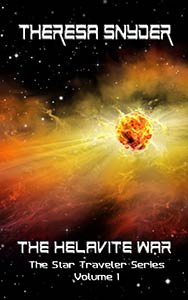 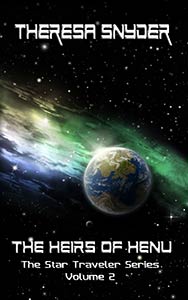 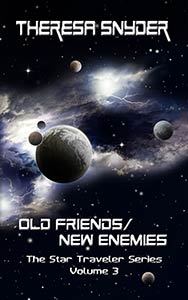 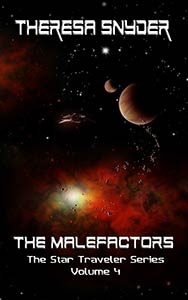 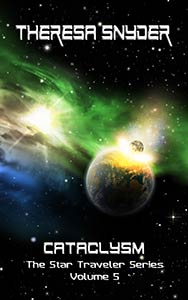 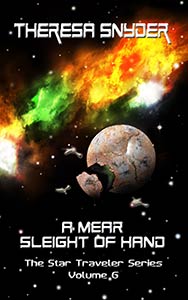 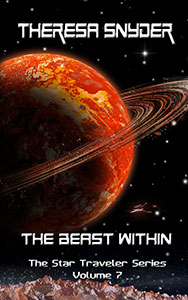 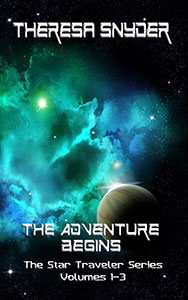 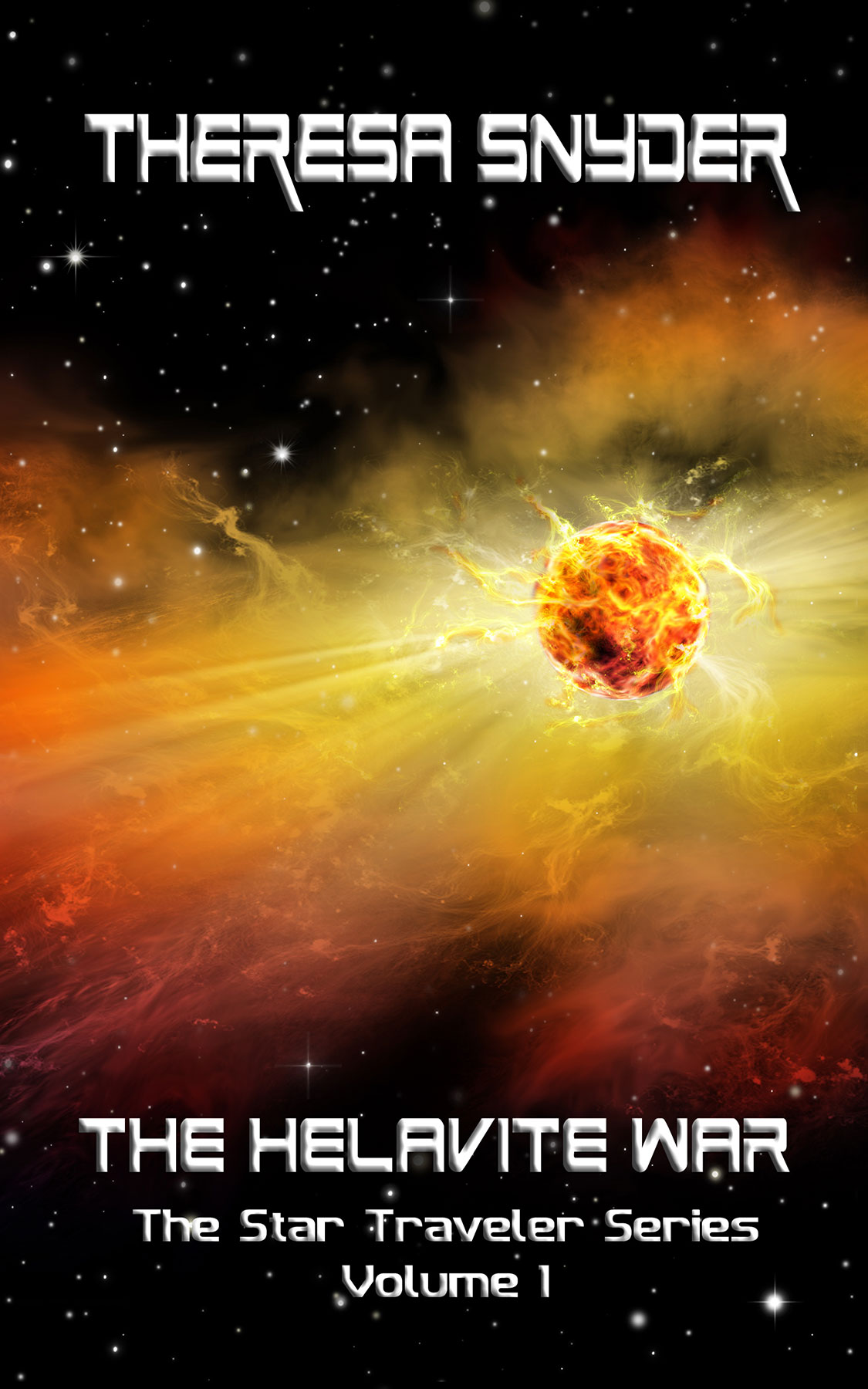 Jake is a human mercenary looking for a quiet place to rest, when his guard Dar-dolf attacks the last living Henu, Arr. Feeling responsible, Jake stays on to care for Arr, as the alien with china blue cat eyes and unusual abilities recovers.

Jake, who is almost twice Arr’s age, takes on the role of teacher, mentor, father, and lost brother for his new alien friend. Throughout the following ten years – which the book encompasses – Jake and Arr experience adventures dealing with the Hydra, a race of lizard-like creatures who kidnap members of other species to sell on the black market as slaves; battle the Narnon on Gligula where Tuldavian Swamp Lizards lay their traps just below the surface of the slime; endure the incredible cold of the Ice Planet; dodge the Drifits of Nulian; and meet several old friends, as well as making new friends. During these travels their appreciation of each others rare abilities are noted and a deep friendship grows.

Ultimately, their foe becomes the Helavites, a species which has been preying on the weaker beings in the universe for generations. In the underground catacombs of these beetle-like creatures a mystery is solved and the grounds for the resurrection of an old world are laid. 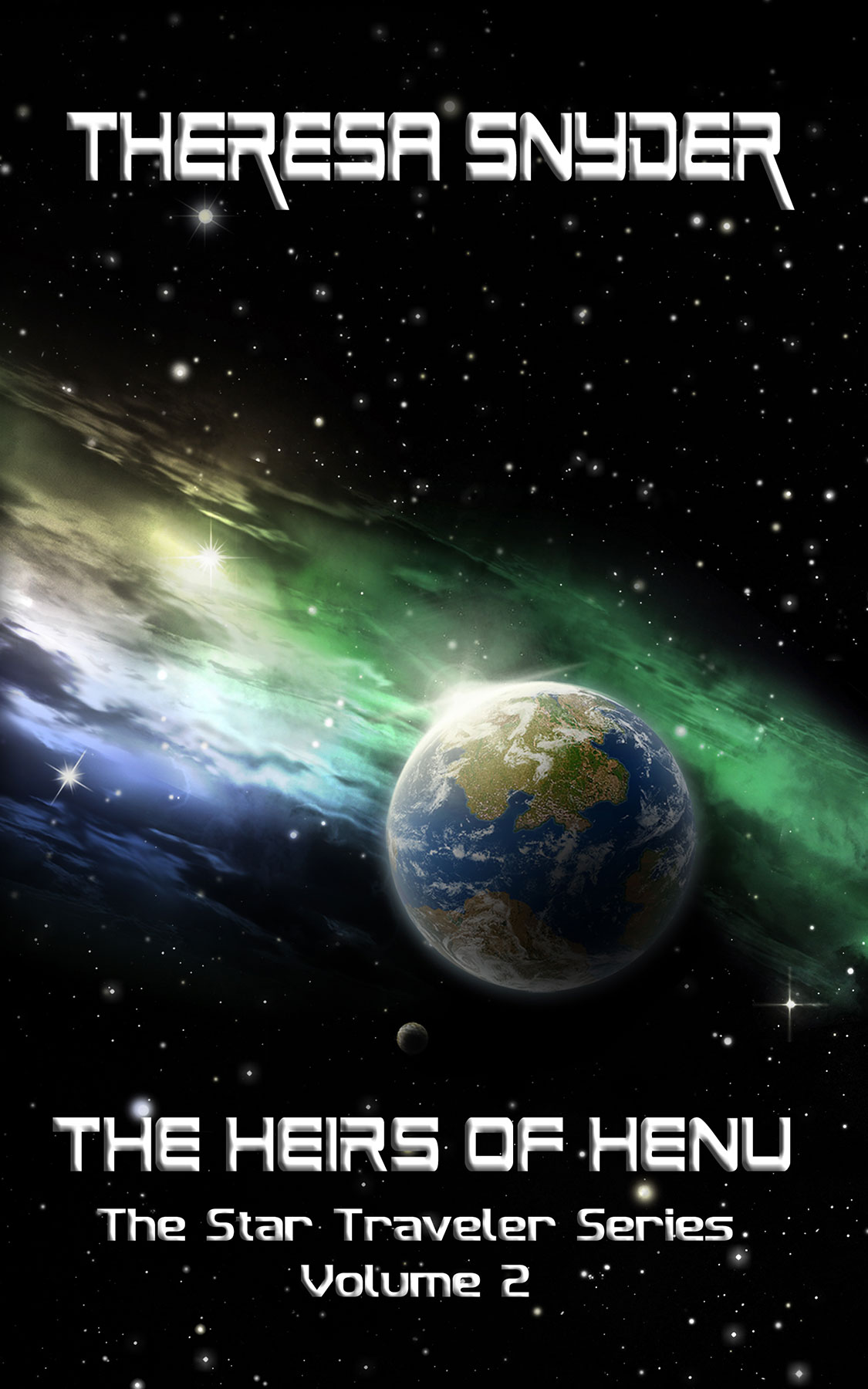 Volume 2 of the Star Traveler Series

Our mercenary team finds themselves embroiled in a drug deal gone bad, in a universe where there is no place to hide.

Volume II finds Jake and Arr restless after a little less than a year on the Henu planet. Their uneasiness at being planet bound is only heightened by a trip to one of Jake’s “surprise” birthday parties. The guys find their problem of how to get back into action, without going back into the life of a mercenary, solved by the Henu and their bountiful planet.

Reopening the trade route for the Henu grown spices runs afoul of one of Tim O’Malley’s missions that has gone critically awry. Jake and Arr find themselves pulled into a life or death situation that can only be thwarted by assistance from a Galactic Forces Mobile Tactical Team 2424 (MT 2424).

We are introduced to Targus – a Walhmite Captain, Coal – Targus’ computer expert, a Realdat from the other side of the universe where his species can only recognize each other by their vivid and intricate tattoos, and Damion Mitchell – the only human and the medical/forensic officer. 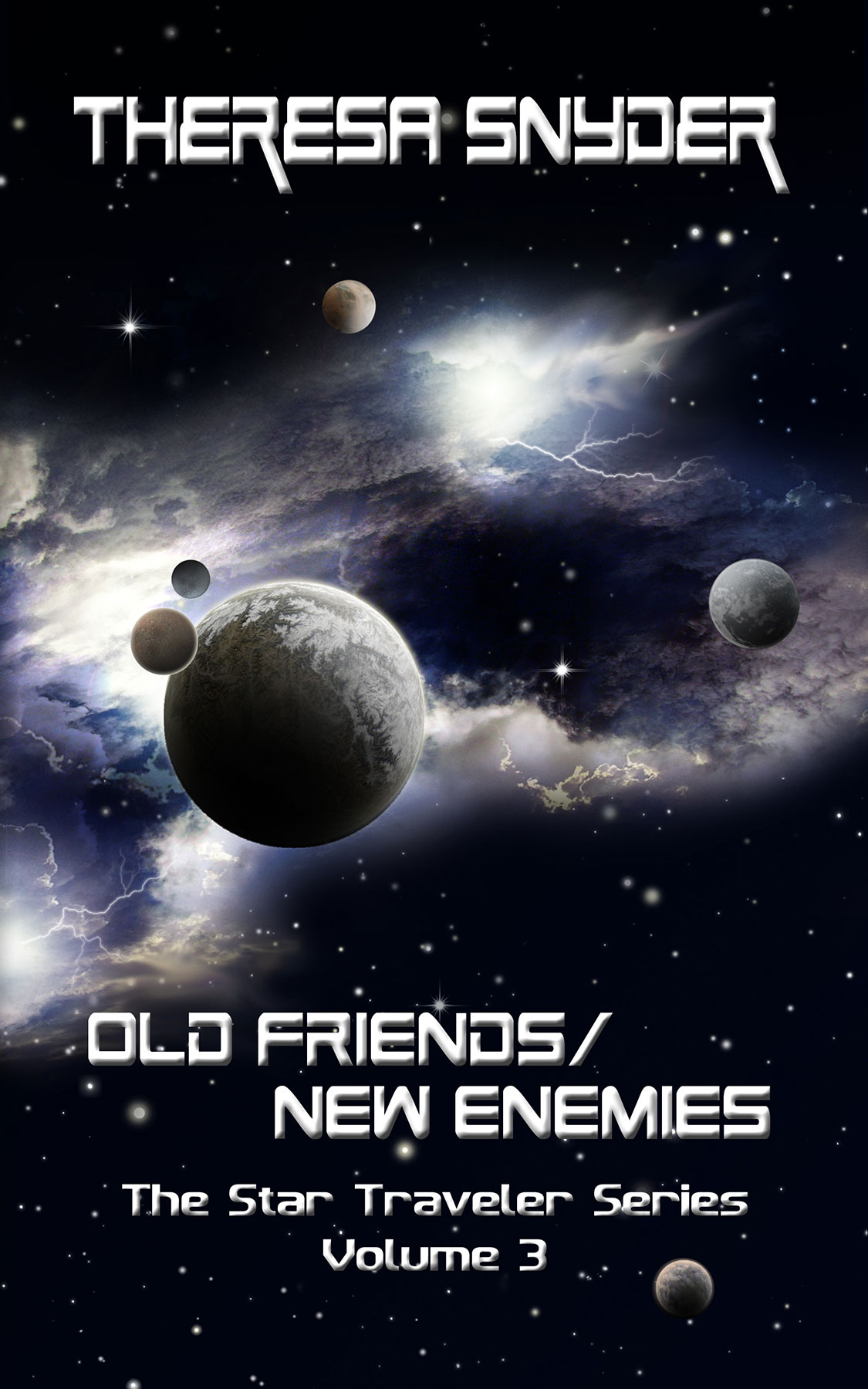 Volume 3 of the Star Traveler Series

A wealthy heiress will stop at nothing to have a pair of Henu for her menagerie. Can the children of the colony escape from her bounty hunters or will they find themselves caged?

Volume III jumps twenty-five years into the future. Tim died the year before leaving his son, Garrett, in command of his ship, the Sunbird. Garrett continues the spice and herb deliveries for the Henu colony, but is in need of a co-pilot. Arr’s daughter, Pon becomes an unexpected candidate. The two are thrust into a situation where they must depend on each other to survive.

Arr and Jake still work the spice route to Gamma 12. It is during one of their deliveries to Ethan’s distribution warehouse that Jake’s life is threatened.

Meanwhile, Targus has lost Damion Mitchell to retirement. Targus’ search for a new medical officer for his crew leads him to a newly graduated Galactic Forces Academy officer, Terrell Sterling. Terrell has an unexpected connection to the Henu.

All three plots come to a collision worthy of any good science-fiction saga. 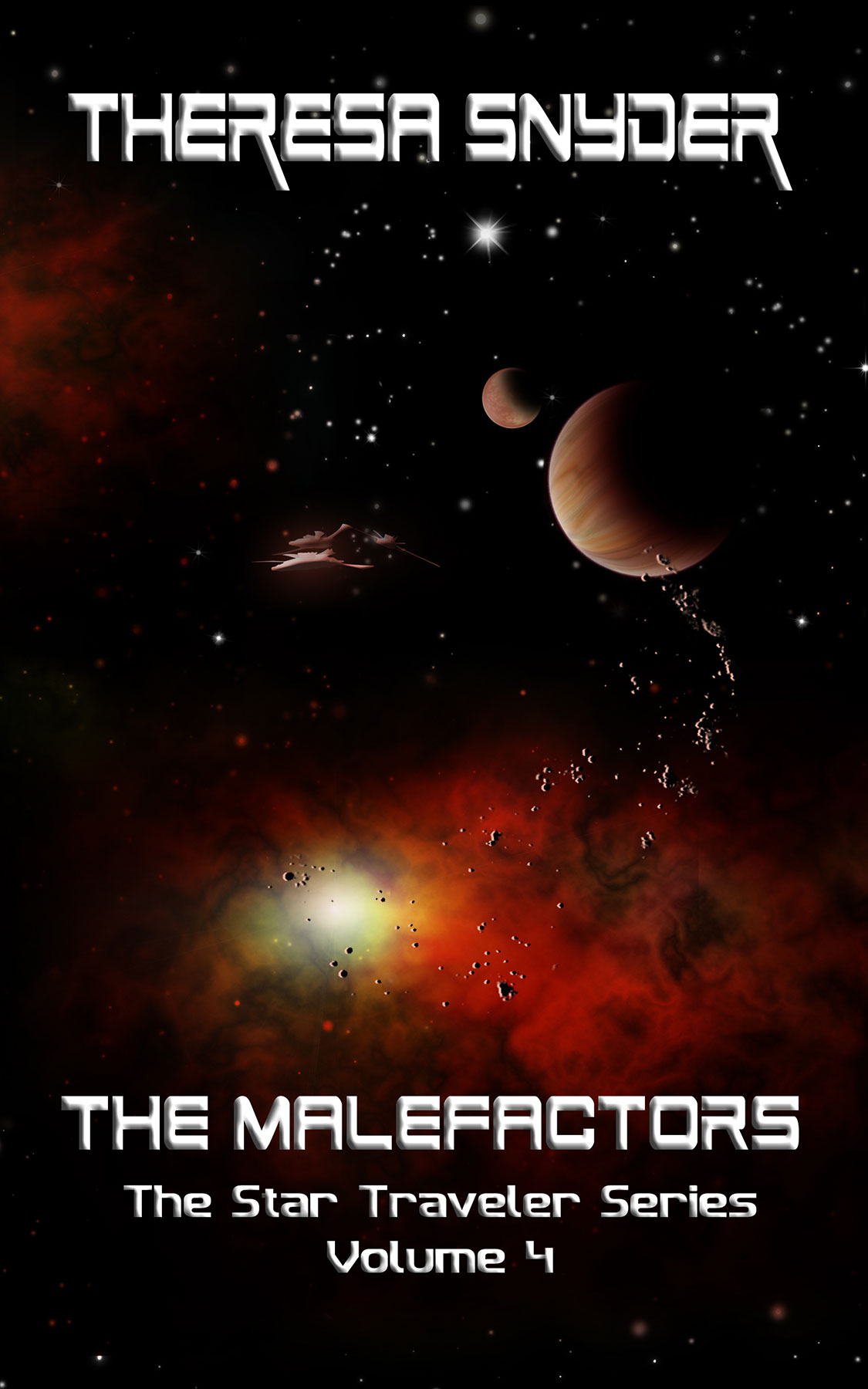 Volume 4 of the Star Traveler Series

Plotting siblings, blackmail, and murder arise during a trip to Walh. A half-breed Henu must overcome his past in order to rescue the true ruler of Walh from certain death.

We are introduced to Dlf, the writer of these volumes. He will be our narrator for all subsequent volumes, bringing us up to speed, sparking our imagination, and answering our questions in the introduction of each volume.

This volume reflects on a story set in the year 30-31 A.R.(After Return), where it is found that henu/human half-breeds cannot reproduce; they are sterile. Garrett and Pon are distraught to find that they cannot have children. Subsequently, a child is rescued from certain death at the hands of the local Guardians only to find that they cannot possibly keep him – or can they?

Meanwhile we are led to the rainy, dank planet of Walh. Targus’ six half-brothers have knowledge of a secret about Targus which will lead to them plotting his death.

It is only through Terrell’s inherited ability to learn languages and his persistence that Targus may escape his fate in a society that is scarcely more than medieval in its technology.

In order for Terrell to save his captain he must resurrect and conquer many of his own childhood fears. 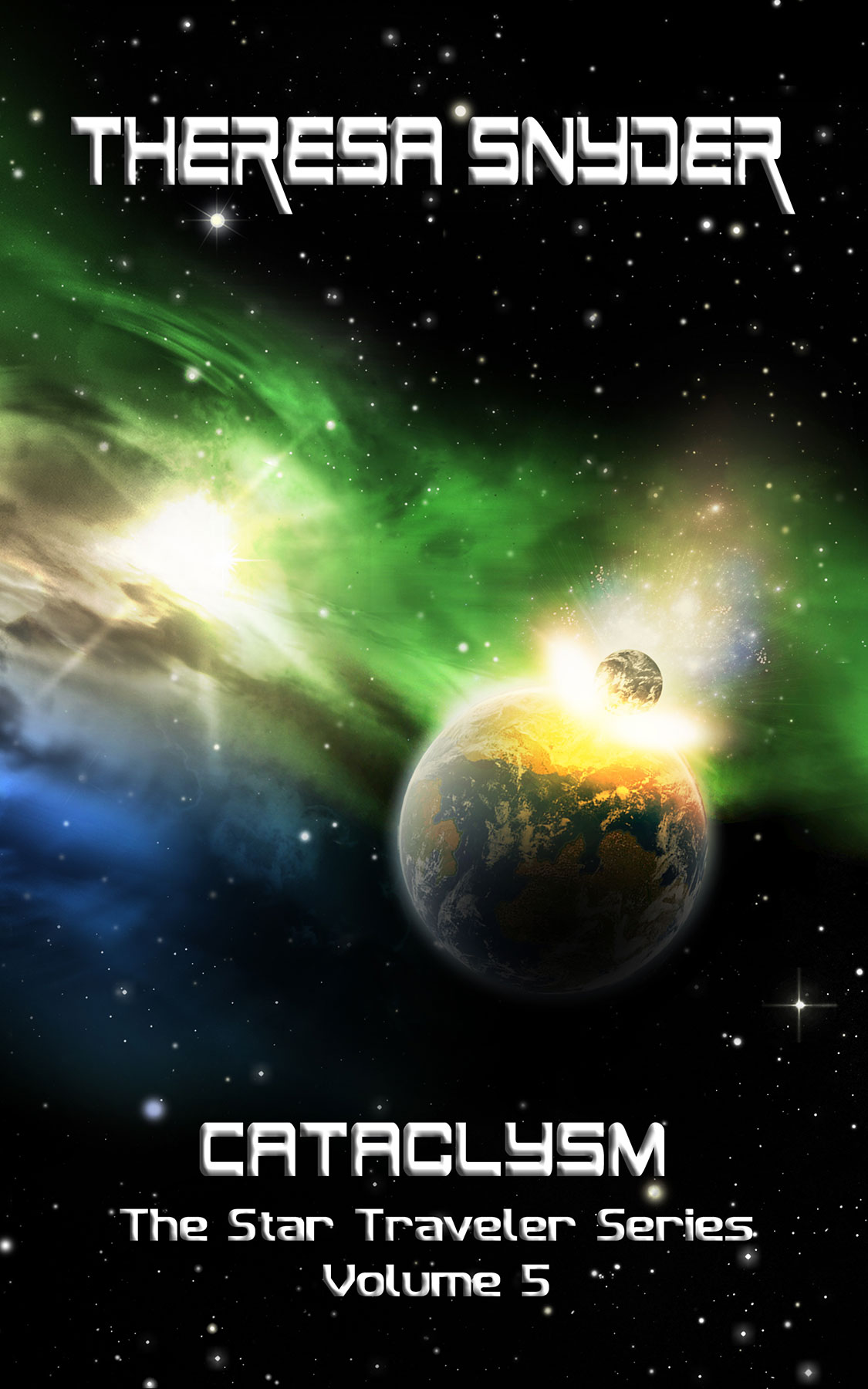 Volume 5 of the Star Traveler Series

A slave girl with special powers and a young man who considers himself a bachelor must join forces to save each other and ultimately the Henu world from oblivion.

In Volume V you will meet the Krackow, a species so advanced in its star travel it does not concern itself with ecologically destroying their ‘home’ planet. Once the planet becomes uninhabitable they move on to another pristine jewel in the galaxy’s crown.

They have just moved in on the Henu planet bringing with them destruction and disease – a disease that threatens the survival of the Henu colony.

In an effort to save the children of the Henu, who are all in imminent peril of losing their lives, several discoveries are made.

You will become more involved with the planet and its colony members. You will explore Damion’s marriage to Lal and the birth of their daughter, Kit. You’ll meet and become acquainted with Thy and his wife Bec of the second generation of Henu on the planet. You’ll further explore Garrett, Pon and Mear’s relationship. And, you will learn how Arr and Taylor are faring as partners now that Jake is gone.

The ultimate heroine in this volume is Taylor’s new love, Sa’ling, a Zord with incredible powers. His footloose days as the bachelor of the community are over the minute that he sets eyes on this beauty. But, can Taylor and Arr save her from her fate? 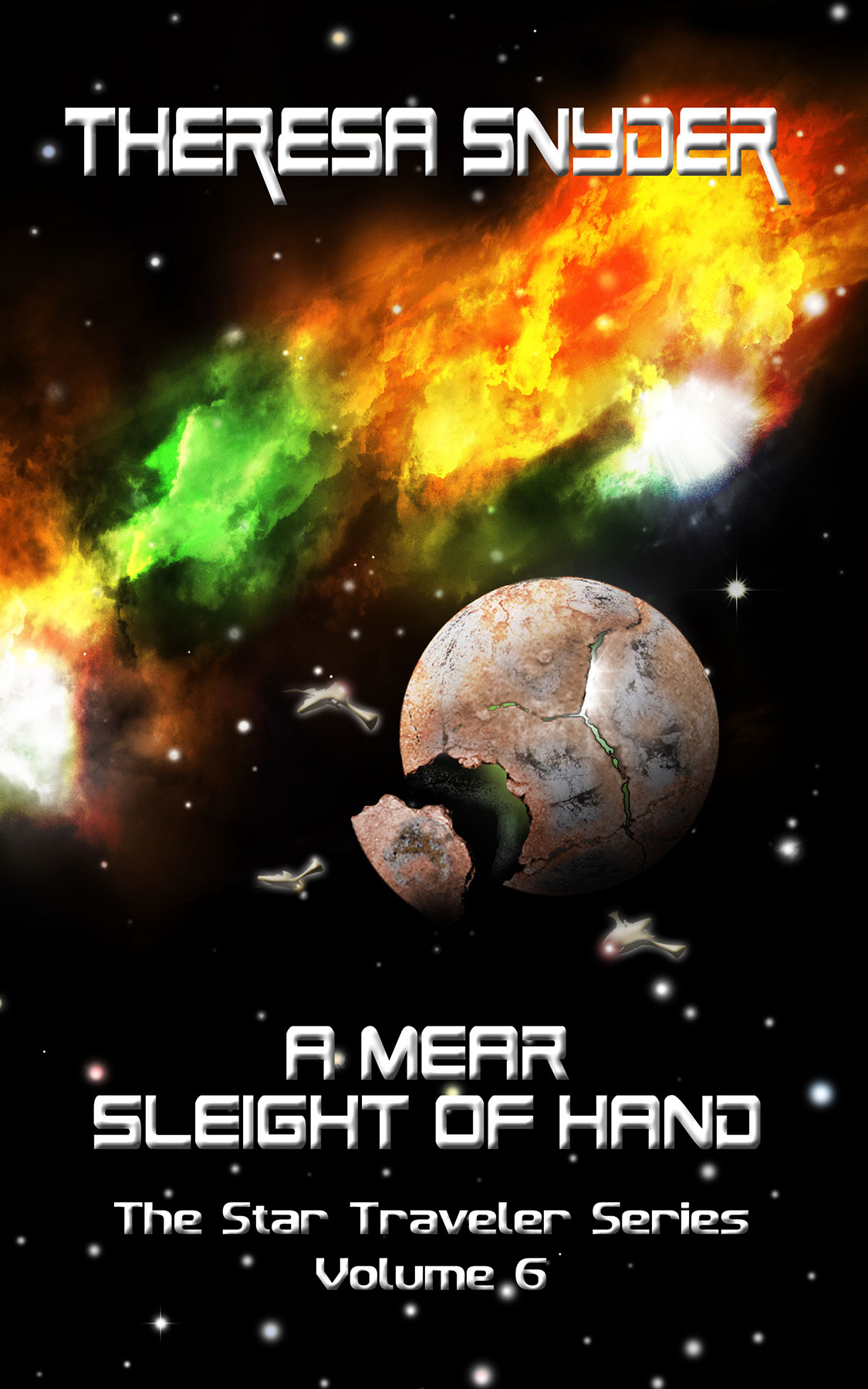 A Mear Sleight of Hand

Volume 6 of the Star Traveler Series

Arr, the father of all Henu, must fight for his life against an evil opponent from his past, but will it be his children that ultimately get him killed?

It has been two years since Sa’ling saved the henu and married Taylor. Taylor now has twins of his own, Dillion and Colin.

Arr’s past has come back to haunt him. There is a madman, Braden, on the loose who has a vendetta against him — a vendetta that has its roots in a mercenary mission long ago with Jake. Arr knows this man and has seen what he is capable of. He chooses to leave the community and lead Braden away from his family and friends — rejecting all offers of assistance.

It is only after Terrell learns that Arr will not be facing one opponent but five, that he returns home to pursue Arr with, Nor, Garrett, Taylor, and Mear at his side.

Meanwhile, the normally helpful Targus has been called back to his own home world to judge whether his youngest son, Seegus, is worthy of joining the Galactic Forces. Once Seegus’ fate is decided, will Targus and Coal make the difference between life and death for our valiant troop of henu/humans confronting Braden and his gang? 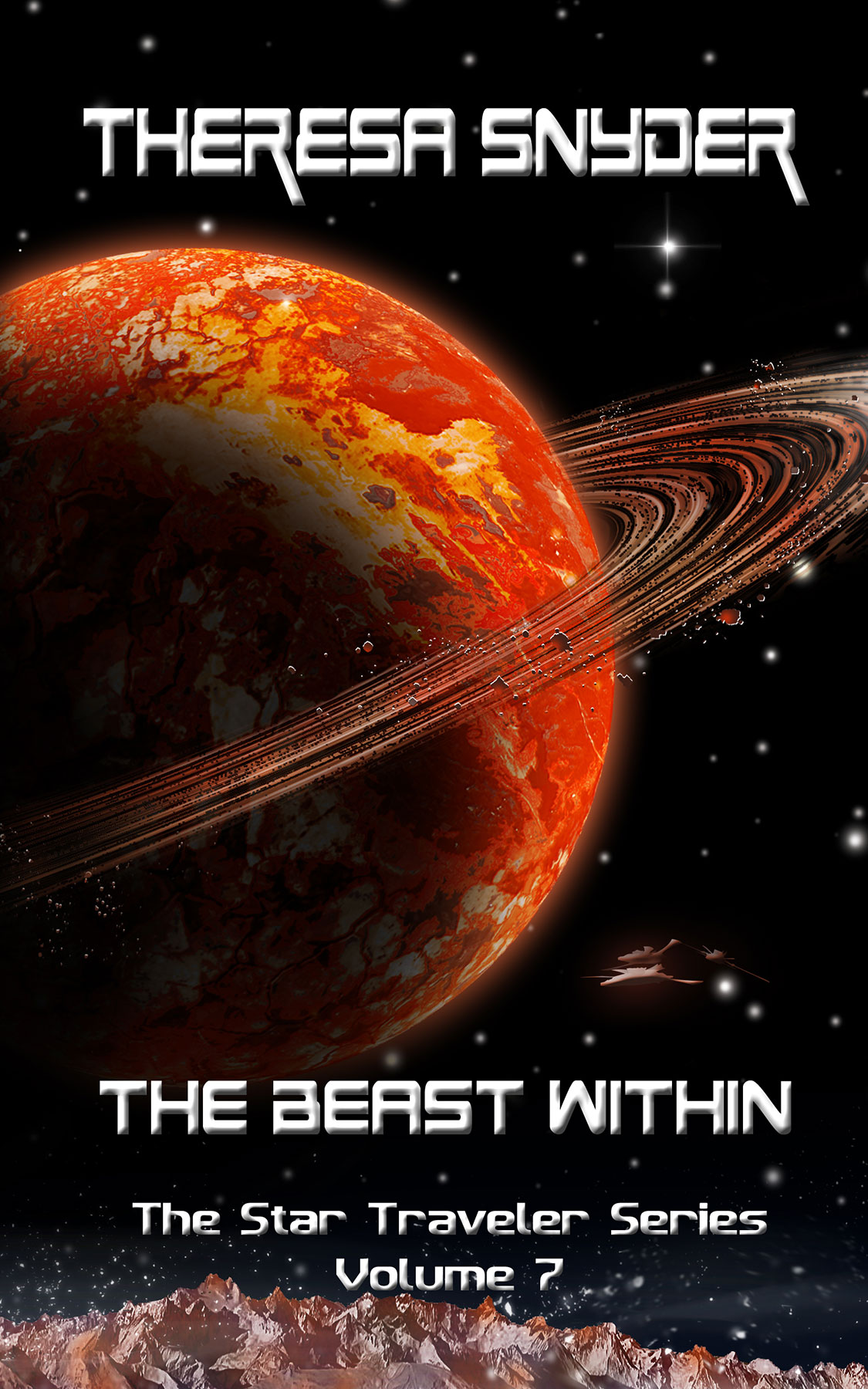 Volume 7 of the Star Traveler Series

This secret could not only topple a government, it could mean the end of an entire species. Chaos and murder await the members of Mobile Tactical Unit 2424.

Captain Targus of M.T. #2424 has found a way to assist his Henu friends in rebuilding the cliff dwellings at Ijul. But, has his innocent actions inadvertently placed a member of the community in danger? Plotting, chaos and murder touch Targus’ life in this adventure. How will he deal with these life-altering events and who will show him comfort during his time of need?

Not his second in command, Sergeant Coal…

Coal is off on his own adventure. He has been summons home to Realda by his lost love, Raceen. There is a hidden mystery on this planet, where everyone looks the same except for their diversity of brightly colored, ornate tattoos. Coal my reveal a secret so closely kept by the government of Realda that it may be the death of them all as a species. 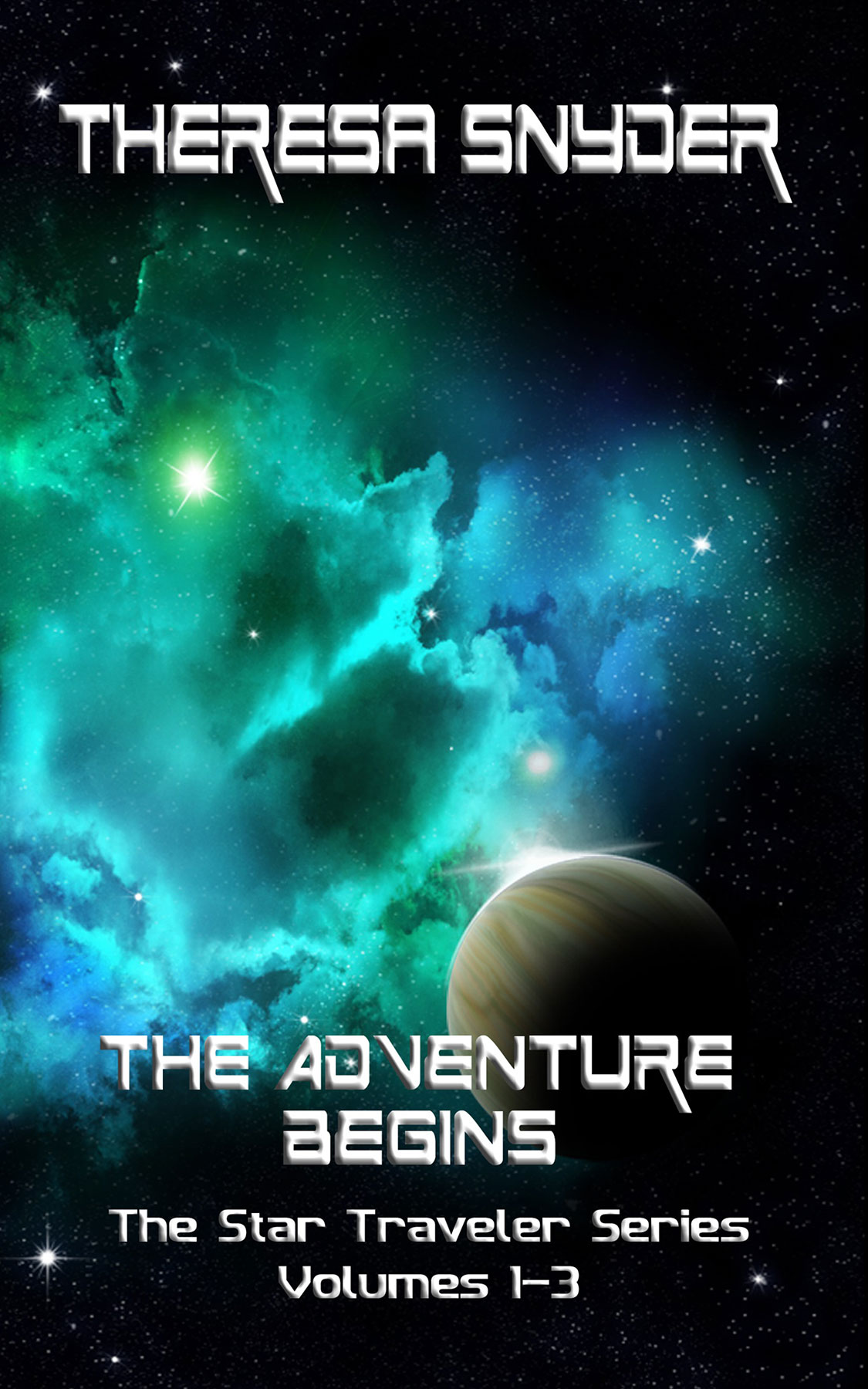 Volumes 1 to 3 of the Star Traveler Series

Action, adventure, romance and intrigue; it all began with a friendship between Jake, a battle worn, middle aged, human, mercenary and a young alien named Arr. From that friendship sprang the foundation of a series that will envelope you in its character driven stories and fast paced, paging turning momentum.